As previously mentioned, I have a new project. The “Quality CD Tower”: 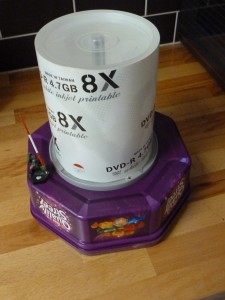 There will be a Work-in-Progress report on the project as it unfolds, but it may take a while to fit it into my schedule.